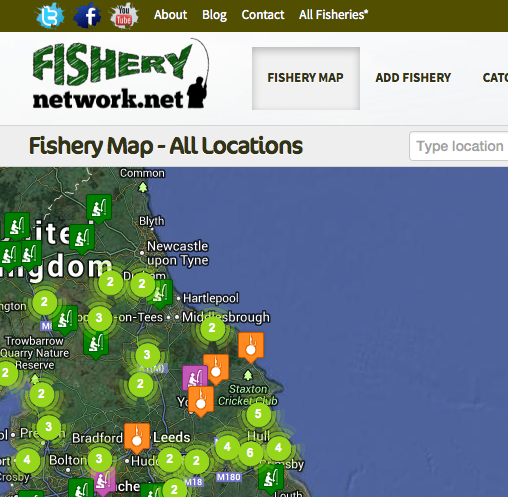 Fishery Network is a project I started in my final year at university as my major project, you can visit the site here. I received really good feedback for the initial finished website but never found the time to keep up development after leaving.

The website enables anglers & fishery owners to share information about places you can go fishing. About a year ago I spent a week adding new features to the site and improving various areas. My plan again was to keep the site up to date and start promoting it once I was 100% happy. Again I just got too busy with work to keep up development & management and Fishery Network fell into the depths for another year.

A few months ago I noticed some of the content on the site was starting to get a lot of interest. It looked as if some people had been using the site and had found it useful according to some feedback I received. This gave me a bit of a boost and I found the time to redevelop the whole site somehow over a month period.

The new site is made up of much cleaner code and has been built on top of my Content Management System / PHP framework. This was the main reason I managed to redevelop the whole site in a month when the original site took around 6 months to build.

I am going to write some further blog posts about some of the different features the website has and maybe even some technical tutorials as there are some pretty neat futures built into the site.

Many of these features are location-based where various sources are cross-referenced to work things out. When I first created Fishery Network many of the features could not be found anywhere else on the Internet. For example the way you can pinpoint where you caught a fish. Now several sites have started using the same technology, this makes me think I should have carried on developing and promoting the site after university.

Well anyhow I am back on with Fishery Network now and the redevelopment has really boosted daily hits on the site. I have a few more features I want to get added and get the site working on mobiles and then I have a marketing plan drawn up for the site, which I will begin. The main problem in the past has been people just did not know the site existed. Hopefully with a bit of marketing magic I will be able to raise awareness and start building up the Fishery Network community.

So, what do you think?